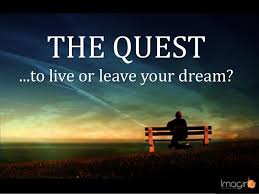 Years ago, I was challenged to read a book I was not quite ready for by John Shelby Spong, Why Christianity Must Change or Die: A Bishop Speaks to Believers in Exile. In it he reflects on his quest for a new way of living his faith, which for him meant that he lived his Christianity in exile from the traditional church.  He wrote,

The only thing I know to do in this moment of Christian history is to enter this exile, to feel its anxiety and discomfort, but to continue to be a believer. That is now my self-definition. I am a believer who increasingly lives in exile from the traditional way in which Christianity has heretofore been proclaimed. ‘A believer in exile’ is a new status in religious circles, but I am convinced that countless numbers of people who either still inhabit religious institutions or who once did will resonate with that designation.”

Sometimes our quest is for a space in which we can believe what we believe without having to conform to the doctrines of a religion or movement. I can remember when I engaged on that quest. It is, in part, what led to the creation of Inspiritual. I began to realize there were others who were believers in a diversity of faith traditions who, like Spong, felt as if they were believers in exile.